The Clothing Crisis of 2010

Remember the good old days when you were trying to change your baby who was, in fact a cruiser or even walking but not quite potty trained, and it was like an episode of the WWF?( or more like WTF, if you were me) Every single time you’d try to diaper them,they would flip over ,quick as lightening, and try to escape, usually before you had gotten the chance to fasten the damn diaper. It was like some crazy game they liked to play and they ALWAYS won. You were left with a naked baby running crawling free and an overwhelming feeling of frustration. Oh, the frustration.Finally, you’d wrangle them back to the ground and in split second put the diaper on.It was like a rodeo event.Then they would gleefully, smirking crawl of into the sunset.You may have thought you won the battle, but really, who was crawling away smiling and who was annoyed? Think about it. 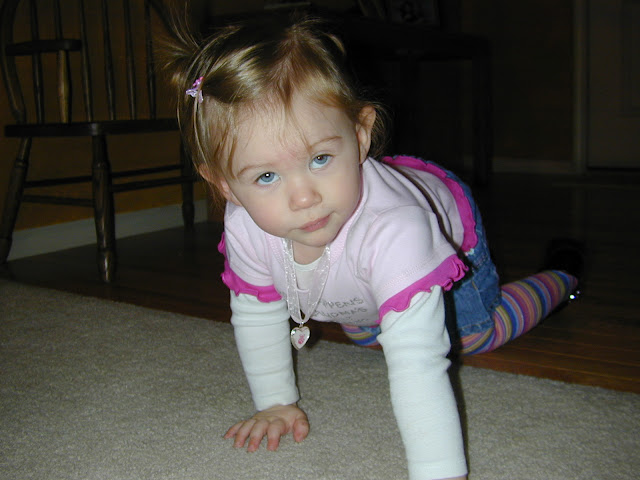 OR the days of trying to fix your hair as you ran away and I had to run right along with you to get those dang ponytails and barette into your hair!Anyways, that battle was cake compared to the battle I am facing with my now 5 year old..every single morning before school, every single time she changes out of her uniform, every single time she gets ready for bed!EVERY.SINGLE.TIME! We argue about what she is going to wear.Have I mentioned she goes to private school and wears a uniform? You would assume that would eliminate some of my headache, right? You would be wrong.Completely wrong! 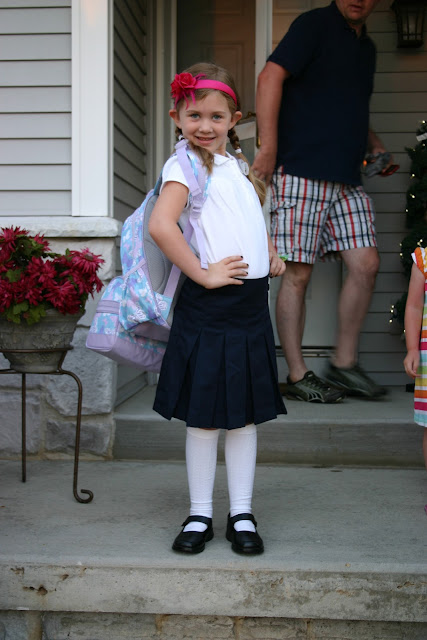 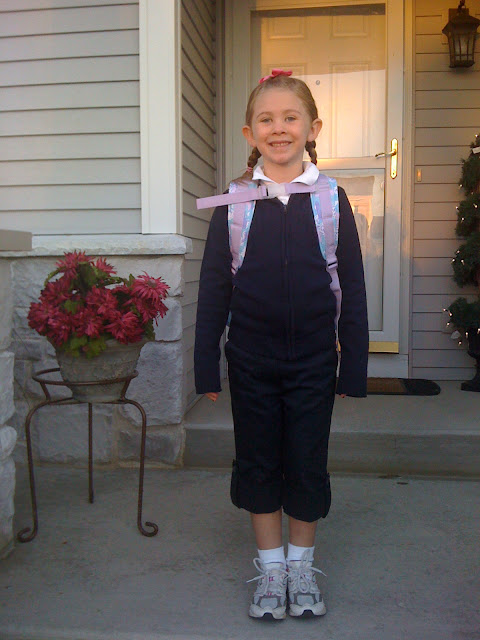 No way, she still finds a way to argue. Different skirt.Wrong shoes.Knee socks,Short socks. Blue socks. White socks.Corduroy skirt.Pleated skirt.Long sleeve shirt. Navy shirt. White shirt. Baby blue polo.Button up.Navy sweater. Navy sweater with hoodie.Gym shoes. Brown shoes. Mary Janes.Fancier headband. Hair down.Braids. No ponytail.Ponytail.Not high enough! It is like this every single morning and it is driving me insane.Completely out of my mind! It’s way worse than that cute little adorable flipping WWF move she did when she was 10 months old.Oh, how I miss the days when that was the most sass she gave me. 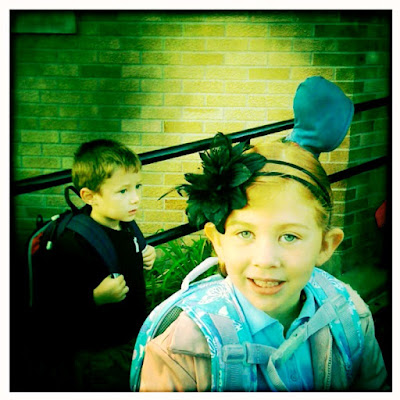 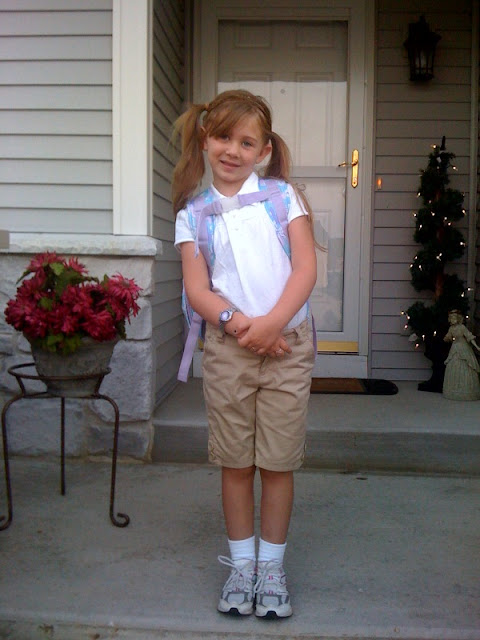 I’m beginning to wonder if hormones don’t kick in around the age of 4. I know that we all assumed it was at puberty but I’m pretty sure my girl is having mood swings now.Damn,I even go the organic route to avoid all the extra hormones specifically to avoid the early onset of hormone influx.Jokes on me!Guess all that $9 milk was a waste of money.Of course, I will continue to buy it for the risk that it could be worse if she were drinking the hormone laden milk.I ‘ll just wait for the days when I look back on these days and long for them.For now, how I miss my little naked WWF wrestler.Wasn’t that just yesterday? 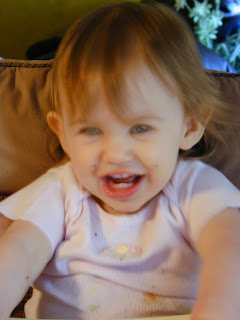 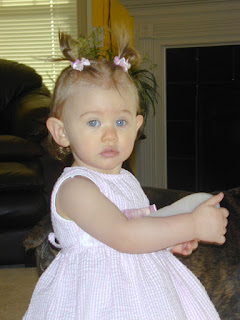 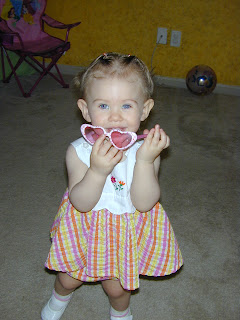 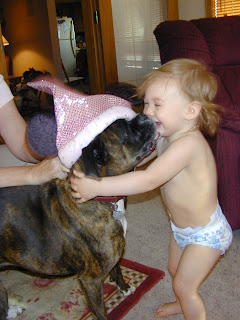 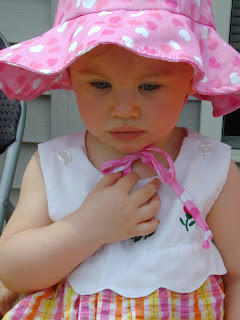 Oh, how I could go for some flip flopping baby running naked and free!Don’t blink these moments are fleeing and I am going to stop and soak them all in.Even the clothing crisis of 2010, for all its worth! Happy Mothering!

The Lost Girls of Autism

One Day More the Eve of the Restoration...

I went to Catholic school and I vividly remember arguing with my mom about my socks (I never wanted to wear long socks, that was so uncool), sweater or no sweater, hair barettes, etc…you name it. My youngest is a girl and I am fully prepared to be paid back for my sassy behavior. She is only 2 and I have to wrestle her out of her pajamas every morning.

Pie has just started the flipping and it's making me a crazy person!!

Just a thought about the clothing crisis…maybe make a poster. have the different top, bottom, sock, shoe and accessory options on note cards (maybe the sticky ones) and each night before bed have her pick one from each category and stick them in the center, and that's what she'll wear.

My 4 year old is like that too! We argue ALL the time about what she's going to wear. It's been driving me nuts lately!!

She is so cute though !!! How can you resist that smile? My four year old loves to wear a dress every day. She changes her clothes at least 3 times a day. I'm beginning to wonder how Kindergarten will be next Fall! LOL But you are right…we must treasure these moment, boy do they go by too fast!
Blessings,
Jill

I generally give in on the crisis…though this is from a mom in a $6 "vintage" top and jeans as old as time…:).

I so relate to this!!! Why does time have to go by so quickly?

My daughter Isabella is exactly like this!! She wants to pick out her own clothes and ends up looking like punky brewster every single day. And then everyday I have to tell her to change, swap the sweater, no she can't wear the same jeans 3 days in a row, bring me a hair thing, your shirt is too short and put some socks on for goodness sake!

Ugh, this kind of choked me up. I want my daughter to grow up, but I'm dreading it at the same time. I am floored by how soon they get sassy, though. Until fairly recently, I had no idea it started before 10!

Time really does go so quickly! Your girl is a doll!

Though, I'm glad not to have any clothing battles yet!

So so true and even for my boys too!

You are reminding me of all the trouble I gave my parents when I was little. I'm pretty much like a living legend in my family. When it was summer, I wanted to wear long underwear and long sleeves. When it was winter, I wouldn't put on an undershirt to save my life. And oh, the socks. Socks were never right and they were the bane of my existence. My parents spent hours lining them up on my little toes while I shrieked in horror. "But they don't FEEEEEEEEEEEL right!" And now? I've got my own little monster. It serves me right I guess. But little Diego at the age of 3 1/2 still won't wear clothes. I pretty much have to do psychological warfare on him any time we need to leave the house. That or take him naked. I'm sure that's why I'm so popular at the nursery school. All the other parents proably think I'm insane for bringing him to school in nothing but a pamper every day. (sigh) Oh well. What can I say? The apple doesn't fall far from the tree, does it?

The Lost Girls of Autism