How do I love you? Let me count the ways~ There are two camps for Valentine’s Day; the die-hard head-over-heels, love to be in love and shower the people they love with trinkets on Valentine’s Day and those who hate the very idea of Valentine’s Day. Hallmark holiday, waste of money, uncomfortable for new couples camp.

The Do Over Proposal that I Never Expected

When you were a little girl, what did you imagine your perfect proposal to look like? If you’re a guy, did you agonize over how to propose and make sure that you got a yes? I guess that would be stressful. I never really imagined the perfect wedding proposal. For me, it was more about the perfect guy proposing.

Not perfect like a Greek god. Not perfect like a model or earning a certain income. Perfect in that he loved me unconditionally, just as I am. Perfect in that I loved him the same. The perfect proposal to me had nothing to do with anybody getting down on their knee and everything to do with being willing to stand by my side for the rest of our lives.

Our original proposal was nothing short of comical. Endearing and filled with good intentions but more impulsive than it could have been. I was shocked and I was flattered but mostly, I was knocked off my feet by how soon in our relationship he knew that I was “the one.” I had never been anyone’s, “the one” before.

After 12 months of relationship I was already choosing between wedding ballrooms and dresses, 11 years later, I finally got “the proposal”. The one you read about on fairytale wedding blogs. The ones photographed in perfect sunset light and captured in remote destinations. Only, mine was in my living room.

This past weekend was the Big Guy and my 11th wedding anniversary. It was pretty special since last year for our 10th, he had just been downsized and our whole life was up in the air. Not much celebrating went on last year. This year, however, was a completely different story.  Is it really possible that I can be more in love with this man by the day?

We met in college, at a bar, through a mutual friend. He very nonchalantly looked down at me ( since he is a towering 6’5″ ) and said, “Hey”. I barely warranted a nod. I thought, “What an asshole!” Anyways, fast forward 4 months and there he is in yet another bar proposing. I was shocked and ill-prepared for such a question.

Being the list making thinker that I was I thought about it and realized listen to your heart, ” Are you, crazy girl? It’s too soon. Then I thought to myself, are you crazy girl…he’s amazing and you love him. This is the way it was all going to end up anyways. He just figured it out first! (That’s why I’m lucky).”

Then I said yes, then I got a ring. He liked it but he wasn’t forking out money to put a ring on it if I didn’t say yes. I did tell you we were in college, right? Anyways, that was my first proposal back on January 28, 1998. The one that I found out later was supposed to be Valentine’s Day proposal ( how romantic) but he was nervous and jumped the gun…that’s why he didn’t actually have a ring on him.

For our 5th wedding anniversary, he got me an upgraded ring. My original one was beautiful and it is very special to me but my 5-year one was something else. Lots of sparkle and shine, just like I like. Then he whisked me off to a hot and steamy vacation for two in New Orleans. I came home with really frizzy hair from the heat, and I’m pretty sure all the booze and love gave me our first daughter. Talk about a souvenir!

READ ALSO: Ten Things to do in New Orleans to Get Pregnant

Fast forward, 6 years later to our do over 10 year anniversary ( our 11th anniversary) and the big guy has once again, shocked me! Oh yes, Ladies, he came home ( from out of town work) and the girls were napping. He had a sandwich and sat dawn and watched a little bit of trash tv the Real Housewives of New York with me. He let me ramble on about some inane scenario that was taking place and then he left the room. I figured he went out to use the bathroom, check his email, who knows. We’ve been married for 11 years, I don’t ask him where he’s going every time he leaves the room, anymore.

I am sitting there, mind you with my grimy gardening clothes on, hair pulled back in a bun with crazy curls sprouting everywhere from the humidity…not a stitch of makeup on. I turn around and I’ll be damned if he is not next to my chair on his knee. Yes, his KNEE. I have been waiting for this my whole life. It was “the proposal”, I always wanted and never got. But I figured as long as the guy was the right one, who cares if the proposal wasn’t what I had always expected.

Next, I heard him saying “Now, will you marry me?” I think. I was in such shock. I was so happy, I grabbed that ring and hugged his neck and squeezed him and kissed him and said: ” Of course!” ( We are planning a vow renewal for our 15th..some place warm).

I understand now what that crazy reaction is that women have when they are asked to marry the man of their dreams when they have been waiting for it..expecting it. The ring is gorgeous. I am totally in love with my new ring, almost as much as I am with my husband. It is very special to me because it is actually the ring I was proposed to with!

To top it all off, the next day ( our actual anniversary) we had a wonderful date ( alone without children) and it was amazing hanging out with my best friend, soul mate, the man of my dreams and just talk and hear and see one another. Then I found out he was going to propose that night at the restaurant..drop to his knee, in the restaurant..how romantic. There he goes jumping the gun..again! I so love this man. I can’t believe that he still makes my heart swoon. Thanks baby for being everything I never knew, I always wanted! Te amo! 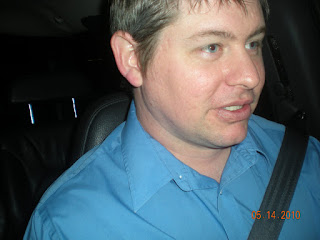 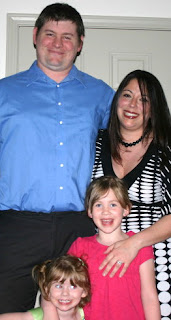 These are some of the pictures from date night on our anniversary! We are goofs, but I can not imagine my life any other way. So full of love and joy. My cup runneth over!

What did your “the proposal” moment entail?