The other day I had my ultimate Mommy Moment thus far in my life as a Mommy. We all think our A-Ha Mommy moment hits sometime in those first few seconds of exhausted bliss after birth. We spend hours in labor, we are ready to be a Mommy.The baby finally makes its way into the world and they place him/her on our chest all ooey and gooey and we fall in love. Deep, breathtaking love. We are a Mommy.That’s it, end of story. That’s when we know we have arrived,right? 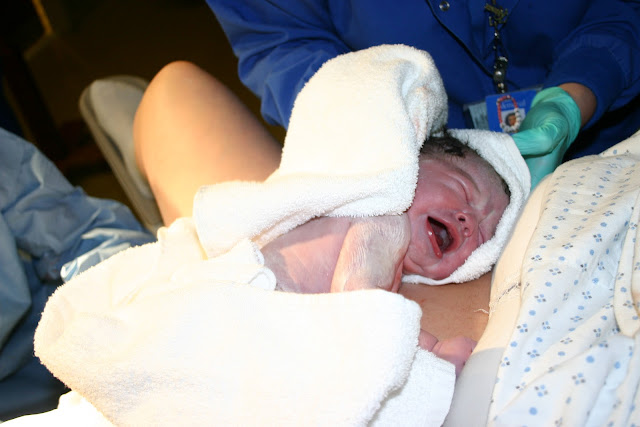 WRONG! Oh so wrong. I did fall into deep, breathtaking love with each of my girls at the moment they came into the world.Hell, let’s be honest I loved them before they were born.It’s just the way I am built. Not everyone does and that’s OK. I mean, its sort of a shock the way they are thrust into our lives, really. But even with all that giant love oozing out of my heart, not a Mommy Moment does that make. Of course if you have a child you are a mother but what really changed about you, the person? Everything and nothing,all at the same time.It’s not a magic wand that instantaneously makes you a “Mommy” There is no apprenticeship, there is no internship, there is no class that immerses you in the reality of a colicky baby, a dirty house, an exhausted brain, and an equally exhausted body. Even if there was a book that told us the honest to God truth, we’d never believe it. The reality is too spectacular. It’s one of those things you have to live through, like war, death, and your own birth. On the job training is the only way to experience it. 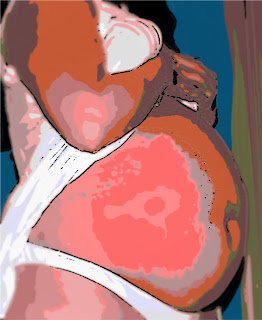 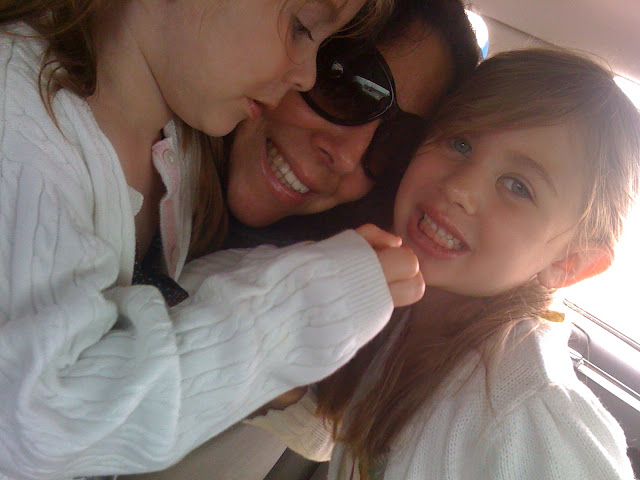 For me, I’ve experienced all the  moments from the previous paragraph and hundreds ( maybe thousands) more in the last 5 years. But how I knew I had really become a Mommy.The realization that I had changed and it was about more than breastfeeding, nap times, yoga pants, ponytails, exhaustion and Mommy brain came when I was out with friends on my birthday last month. I was miles away from my children, for the first time ever.I was having a complete blast being  “me”.I wasn’t obsessing over my girls who were at home with their Grandma, eating chocolate and going to parks, zoos, pretty much anything their hearts desired but they were still with me. Unbeknown to me.But it sneaked out like a silent ninja, that Mommy moment of mine. 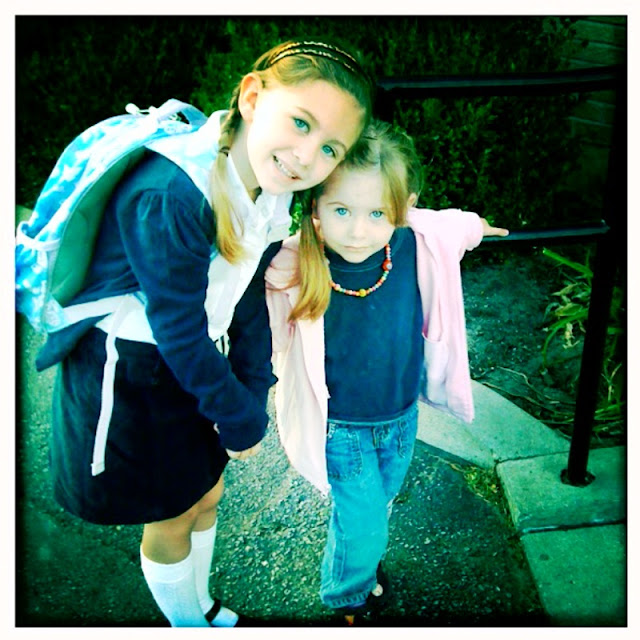 Right there on the dance floor at a hip city club, I was surrounded by enthusiastic dancing 20 something year olds.You know, like who I was before I had children. Everybody was dancing and the music was bumping.I was with my sister and my best friend dancing,  just happy to be out. You know the feeling. It was like someone let the crazies out of the asylum for the night. Then it happened, two girls, probably in their early twenties were enthusiastically jumping around on the dance floor and they kept bumping into me. I ignored them at first, after all, they were only trying to have fun on a super crowded dance floor.They had no idea what a momentous occasion this was for me. Finally, I couldn’t take it anymore and it happened. I found myself, whipping around, bending down to make eye contact, pointing with my index finger, and using my seriously stern voice to utter these shameful words, “HEY! You girls better be careful. You are going to knock me down and someone’s going to get hurt!”Then I stood straight up and they both, shocked, looked at me and said “Yes, Ma’am!” Then I realized what I had just done. I went Mommy crazy all over their asses. Then I heard them,like my children, giggling behind me. Probably because they couldn’t believe what had just transpired.Had I really just scolded them all Nanny style at Nacional 27 on a Saturday night in the middle of the dance floor. I don’t blame them.As I heard them giggle, it made me chuckle because 10 years prior it would have been a completely different scenario. I would have turned around, pushed them off me and said something more like,”Watch it, Bitch! ” But not tonight, tonight I was a Mommy and I know that it is not something that I do. It is something that I am at my very core, even when my girls are not by my side; they are always with me in my heart, my thoughts, and ( apparently) my actions. Happy Mothering! 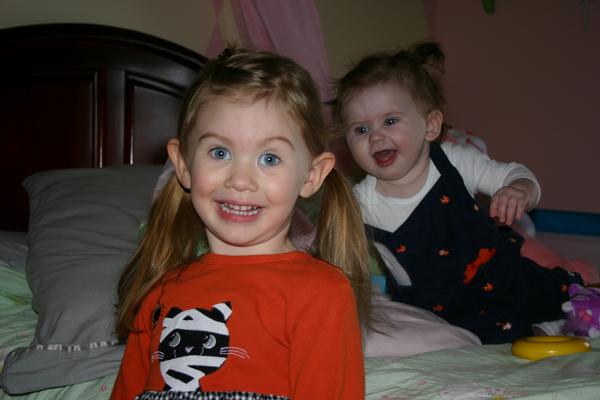 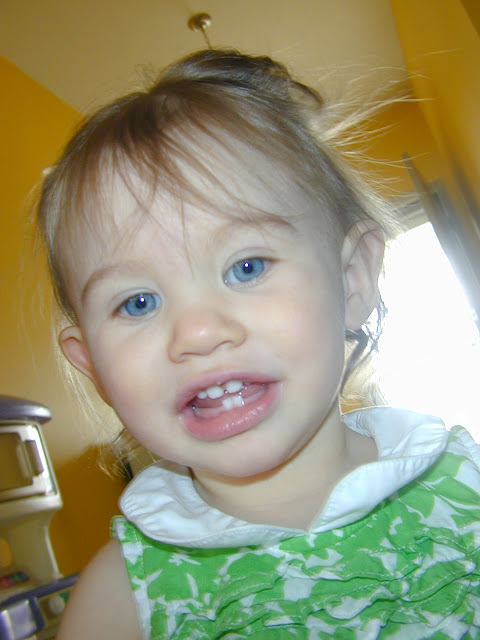 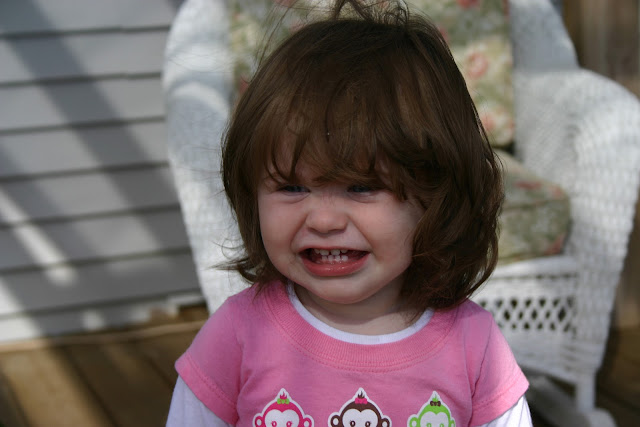 It’s a Beautiful World I See

Why did I teach my girls to spell

Ha, you totally went mommy crazy on them! Sooo funny! I have NO idea how I would of reacted!

Mommy moment so far: Seeing my older son copy the things I do for him and for his little sister. I LOVE it!

Is it wrong that I enjoyed this story?

Beautiful gorgeous photos! Awesome writing! It's true, being a mom is made up of all of those moments! It's too funny that you "scolded" those girls on the dance floor!

I LOVE that 4th photo! Those blue eyes just jump off the page!

LOL i have yet to go to a nightclub but knowing it I totally would have done the same thing. btw I have a birth picture EXACTLY like yours..the first one..i had to look at it a few times cause i could SWEAR it was my picture not yours. LOL

Oh, I've SO been there! Usually I try to sound cool but it ends up sounding all "momish!" …. soon we'll be saying things like "Look at those pesky teenagers over on the davenport (that means "sofa" in old people language!)

Girl!!! This is the BEST POST EVER!! You should totally submit this to be published somewhere. And btw, did you say Nacional 27? Do you live in Chicago??????? Because I used to go there!!!! I was a salsa QUEEEN!!!! OMG please tell me its the same place. BEcause I love the idea of you schooling the young salsa hos over there. Oh I love it so much!!!!

Great post! I love your pics. I'm trying desperately to remember what the inside of a night club actually looks like…and coming up empty 🙂

I just found your blog on Twitter and am looking forward to looking around.

@ that one girl,
It wasn't pretty but it had to be said!I love Mommy moments, provided they don;t happen on the dance floor:)

@Kelly,
NOt wrong at all. I am glad you enjoyed. I live it, and share it so y'all don't scold girls on the dance floor:)

@in Real life,
thank you! It means a lot to me that you think so!

@ Liz,
it is one of my all time favorites and it was taken on my cell phone!

@Kim, that is so funny because we saw a pic on a blog today and my husband asked if that was our girl! it wasn't but it was funny how much babies look a like in photos (in black and white) in those first moments.

@ So Mo Mom,
If I EVER say davenport..someone shoot me!Shoot me and put me out of my misery:)LOL J/K no one shoot me.I promise NOT to say davenport unless referring to the city in Iowa in which my husband used to work.

@Naomi,
Yes, Nacional 27 in Chicago.Small world! too bad you weren't there with us getting your salsa on! Thank you for your sweet words.I'm glad you liked the post.I'd submit it if I knew who might be interested.I feel like I'm beating my head against a wall:)

What to Do if Your Child...

How to Help Your Child when...