The Last Bite; A Love Story

I don’t talk about the Big Guy very much on here because, well, this isn’t the truth about my marriage blog. But sometimes, he does something and I think I really need to write about this…to remember it, to appreciate my marriage.

You know when you’ve been married to someone for 15 years, no matter if he is the greatest thing since sliced bread, it’s easy to take it for granted because they’re just always there and I think that’s when problems start to creep in. Nobody wants to be taken for granted.

The thing is no one wants to be the squeaky wheel in a marriage either, so many times, we suffer in silence. Well, not exactly suffer as much as stew. We let the small things irritate us and we don’t say anything because, really is the fact that he clips his toenails at the coffee table that big of a deal?

No, maybe it’s not but it is gross and if I just let it keep happening and never said, “Hey DUDE! That’s gross, can you do that in the bathroom and discard of the clippings into a wastebasket because accidentally stepping on one is about as dangerous and painful as stepping on a damn Lego in the middle of the night and it’s twice as annoying because a grown up did it!”

Sure, it may sound petty and even stupid to some but what’s the alternative? You stew. You hold onto it and you make this imaginary list of things your partner does that make you roll your eyes and one day the toenail clippings are the reason you are citing for a divorce. Toenail CLIPPINGS! What the hell? I don’t want to write toenail clippings, drops socks just outside of hamper or even never changes the toilet paper tube on divorce papers. Do you?

Then again, sometimes he does something so miniscule to him but so huge and sweet to me that you think he is more wonderful than wonderful because of a bite of a hamburger. Yep, that’s right. Toe nail clippings = irreconcilable differences. Last Bite of burger=Best.Husband.Ever.

So, the Big Guy has done this once before and that time I thought it was amazing too. I get hangry. There is no denying it. I am downright evil when I am hungry. Yet, most nights of the week, I cook dinner, serve dinner and drinks and then when everyone else is settled, I sit down to eat. I usually forget 12 things and have to jump up and run back into the kitchen.

Friday night is Family Night and so we decided on burgers for dinner last week. I have been trying to eat healthier and workout but Friday is eat what you want “within reason” night. I ordered a single cheeseburger and French fries. I gave half of my fries to the Big Guy because he eats more than me and I just couldn’t eat them all without all consuming guilt. You know what I’m talking about.

Anyways, I got to the end of my sandwich and said, “Damn, I should have gotten the double.”

I didn’t get the double because I can never finish it and it kind of makes me sick but on that particular night, we were all starving. The Big Guy had gotten home late and instead of eating at 5 p.m. as usual, we were eating at 7:30. I was so hungry that I could have eaten one of my children.

Just as I took that very last bite or my burger, my husband reached over and gave me the last bite of his burger and I fell in love all over again. I took half and gave him back half. Then my insides all turned to jelly. JELLY! Not from a burger but from the selfless act. He was starving too. If you’ve been married or with someone for any amount of time you know why this was so huge. It was not about a burger. It was about putting my needs first. It was unconditional love in its purest form. It told me that he’ll always take care of me and that he loves me so much that he would sacrifice his own wants to fulfill my needs. It was a small bite of a burger but the gesture said more than words ever could.

You know, the funny thing is that the Big Guy is a really good guy all the time, mostly. He’s never really been the selfish asshole type and he’s always been good to me. He surprises me with the things I want. He encourages me to go after my dreams. He supports me in my career. He truly believes in me. He cooks, cleans and helps with the girls. In fact, if we ever were to divorce, my parents would blame me without even asking.

He told me when he proposed (after four months of dating) that I was his soul mate. I thought maybe he was crazy. Apparently, he meant it. Him and his last bite of the burger antics have me wanting to be a better woman; a better wife to him because damn it he deserves it. 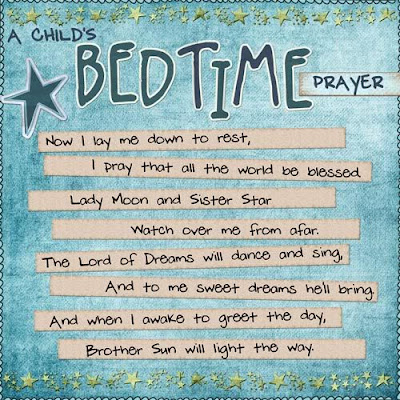 Some days it rains. Other days it pours and in between there is always a little bit of the most amazing sunshine; this statement is very appropriate for a Midwestern spring but it is also applicable to Motherhood. I guess it’s safe to say that Motherhood is like a Midwestern spring; beautiful, wet, unexpected, and wonderful…most of the time and other times…wet, soggy, dingy, dirty, and bleak. Or if it is a really special day, you can experience all of it in a given 24 hour period. I am reminded of this for two reasons simultaneously, today it poured rain while the sun poked through occasionally…just to get my hopes up.Much like my 5 year old who fights me tooth and nail at bedtime every single night, but once every week she goes to bed with no argument, no noise, no screaming. Those nights I cherish, just like those bits of hopeful sunshine peeping through the clouds. Or the continuous string of “no”s that fire from my 2 year old’s mouth, no matter what I ask her. But once every so often I get a surprising “Yes, Mama!” Those are my moments of hope. Hope that I survive these days , when the rain feels like a torrential downpour. That I survive having everything I am sucked right out of me. The moments of unconditional love, the little arms “wringing my neck” ( what we refer to in our household as a really good hug:), someone looking at me completely helpless but looking at me like I have the answers to all the world’s mysteries, a sleeping child cuddled next to me, a giggle from the tub, a “Mama, you are my best friend in the world”..these moments of sunshine make all the rain forgotten. Perhaps that is why when I am having such a time trying to wrangle them to bed and I feel like all hope is lost…and my mind is soon to follow….all it takes is a flash of those adorable little smiles and an “I love you Mama!” and all is right with the world! I’m such a sucker.Like spring in the Midwest, what starts out like a Lion..ends up like a Lamb.